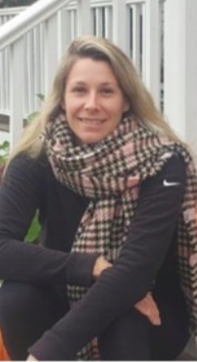 Kate started figure skating in 1990. Shortly after she joined a synchronized skating team. Through the Novice Junior and Senior level teams, Kate was able to travel the world and win gold medals in both England and Sweden at International events. Kate’s team went on to be 1997 Novice National Champions and 1999 Junior National Champions. Also, during this time Kate worked hard on her individual ice dance and became a USFS Gold Medalist in ice dancing. She graduated from Bryant University Magna Cum Laude with a concentration in Marketing and a minor in Psychology. Kate is now Assistant Coach for the Ocean State Ice Theatre teams. This past April, Kate had the privilege of traveling to Epinal, France with the Novice team who captured second and became Nation’s Cup World Silver Medalists. Kate continues to coach private lessons at various rinks throughout RI and MA. She feels blessed that her career in ice skating has taken her to so many places and is excited to share her experiences with Mount Saint Charles Academy’s Sur La Glace skaters.